Brendan Rodgers has hailed “phenomenal” Kelechi Iheanacho after the red-hot forward struck again as Leicester strengthened their grip on a Champions League spot — further vindicating his decision to pair him with Jamie Vardy.

The 24-year-old Nigeria international’s 10th Premier League goal of the season — and 17th in all competitions — secured a 2-1 win for the Foxes against Crystal Palace on Monday.

He has now scored more goals in the top-flight this season than he managed for Leicester over the previous three campaigns.

Leicester, who suffered the agony of missing out on the top four on the final day of last season, now have a seven-point lead over fifth-placed West Ham with just five games to play.

Iheanacho and Vardy only started eight games together last season and did not do so this campaign until February 28 — due to injuries to other players, including James Maddison.

But they have both played every match since.

“The top priority for me as a coach is helping players to develop,” said Rodgers. “It’s been difficult for Kels because of the style we normally played, which was one striker — Jamie Vardy.

“We had to change it around with injuries, he’s come in and been exceptional. Not just his goals, he’s so happy to work hard for the team and his quality is phenomenal.”

Iheanacho has netted 14 goals in his last 14 appearances for Leicester in all competitions, as many as he managed in his previous 76 for the Foxes.

Rodgers said the forward, who joined Leicester from Manchester City in 2017, was a selfless player, shown by the way he set up Timothy Castagne for the equaliser against Palace.

“Over the last few months Kelechi has been absolutely incredible,” said Rodgers. “It wasn’t just his goal but his work-rate, he wants to press the game. He has no ego whatsoever and he works so hard.”

Leicester goalkeeper Kasper Schmeichel is not surprised by Iheanacho’s hot streak, having experienced his accuracy in training.

“Kele is incredibly intelligent when it comes to his finishing,” Schmeichel told Sky Sports. “He does it in training all the time. He’s a nightmare in training to be fair.

“He’s just a big strong lad who can put himself about. He’s fast, he’s got absolutely everything to be a top striker and he’s showing it now, which is great.”

Iheanacho is on track to become the first player other than Vardy to top the club’s goalscoring charts since 2014/15.

“That (race to be top scorer) is not what we talk about,” Iheanacho told the BBC.

“As a team we work for each other, it doesn’t matter who scores the goals. There’s so much to improve in games so I’ll keep going, keep doing my best.” 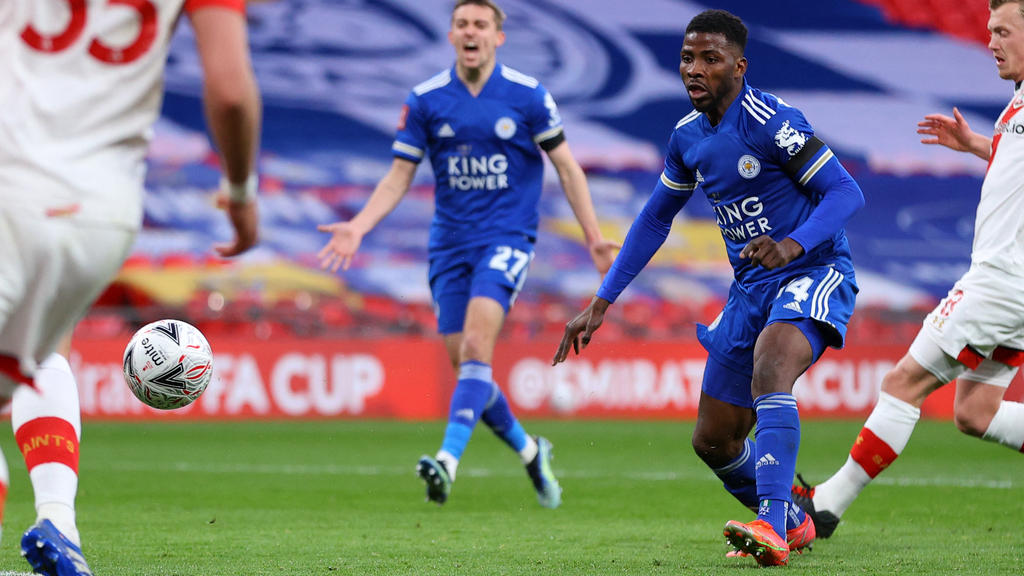